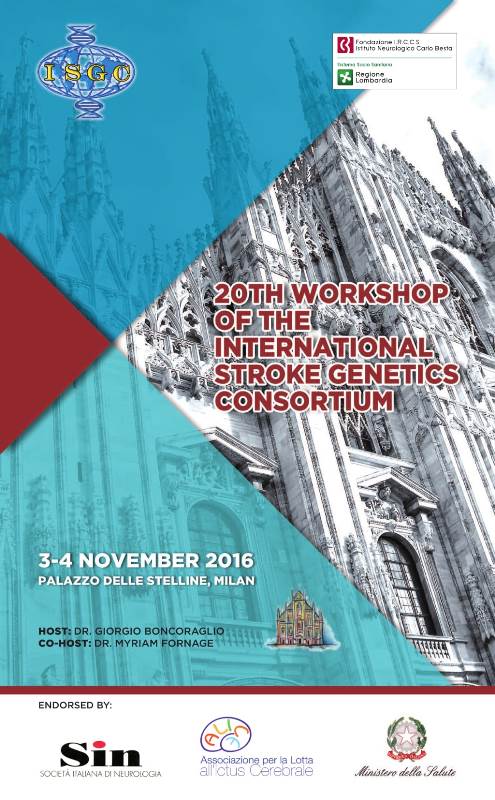 The International Stroke Genetics Consortium (ISGC - www.strokegenetics.org) is an international collaboration of stroke physicians and scientists who have agreed to pool resources and expertise in an effort to unravel the genetic basis of stroke. As such, members pursue their own research as well as come together under the ISGC banner to conduct larger, collaborative studies. Papers resulting from such studies, with the ISGC as an author, have been published in The New England Journal of Medicine, Nature Genetics, Lancet Neurology.

The ISGC was formed in 2007 by a small group of scientists. Currently there are over 200 members, representing over 50 countries. The success of this initiative is in its collaborative nature, which is best expressed during the workshops where, twice a year, ISGC scientists meet to share their ideas and results.

Dr. Giorgio Boncoraglio is a clinical neurologist working at Fondazione IRCCS Istituto Neurologico Carlo Besta in Milan, and has been active in the ISGC since 2009.